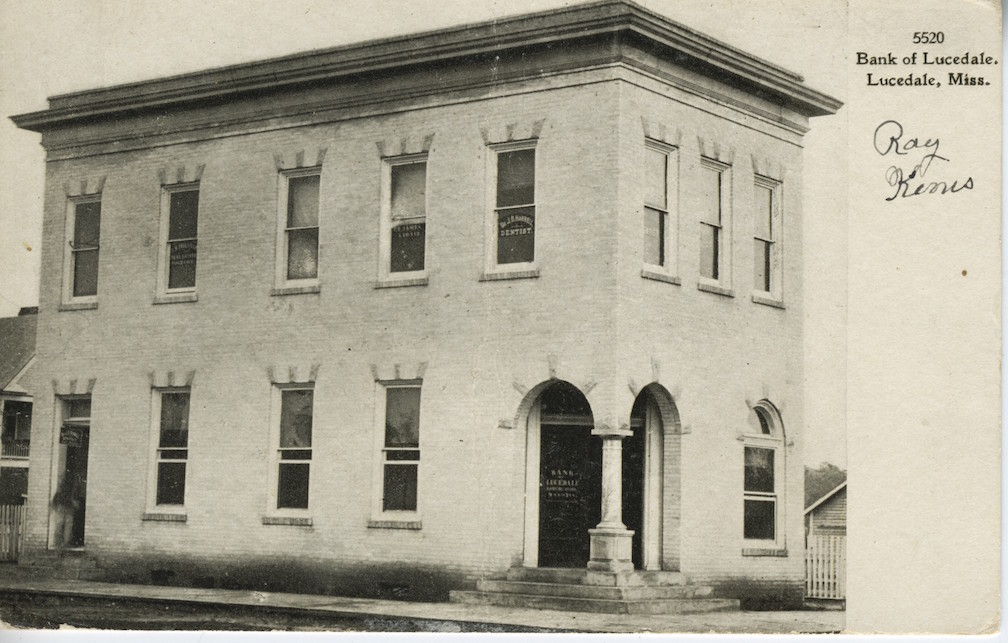 The story of Century Bank began in the rustic small town of Lucedale, Miss., on a quiet Thursday morning in June 1903 when Gregory M. Luce promptly opened the doors to the Bank of Lucedale at 9 a.m.  Housed in the first floor of a two-story wooden building at the corner of Main and Mill Streets, the Bank of Lucedale opened in a rough economic time for the South in the post-Civil War era.  Yet, the people of Lucedale entrusted G.M. Luce with their finances and the bank’s success soared.

A native from Grand Rapids, Michigan, Luce was a remarkable entrepreneur as a land owner, mill operator and founder of K-C Lumber Company.  He came to the area in 1889 with his wife (Sarah), son (Jex) and $20,000 in family money to invest.  He was so well received by his neighbors that when the town was incorporated in June 1901, the town was named Lucedale “after the only man who had come to the area not only with capital but with commitment and stayed to help his neighbors gain prosperity.”

As with G.M. Luce’s other endeavors, business boomed for the Bank of Lucedale.  In fact, after only two years in business, the bank moved into a new two-story brick building on Main Street.  For its 25th anniversary in 1928, the institution moved to 100 Main Street, where it remained until 1988 when the Main Office moved to its current location, 4282 Main Street. 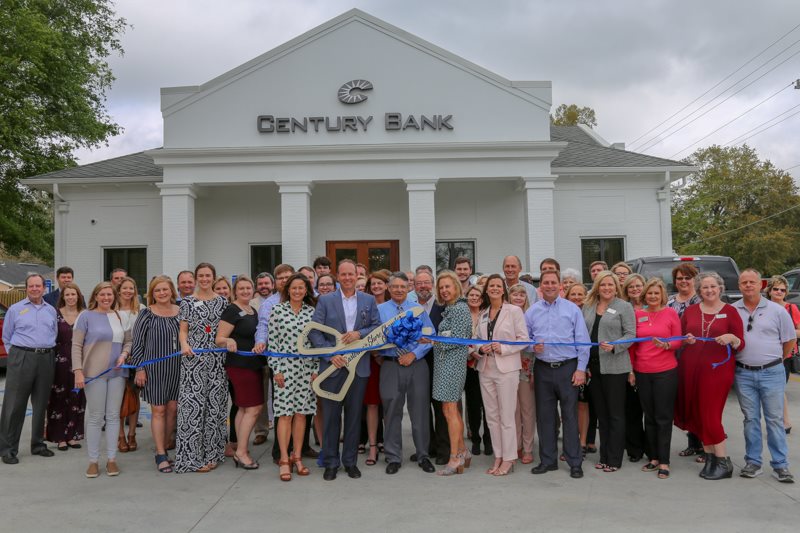 As business prospered, the Bank of Lucedale opened new branches in Jackson County, Mississippi.  The first branch opened in Hurley, Miss., in 1976 and was shortly followed by the opening of a branch in Escatawpa, Miss.    A third Jackson County, Mississippi branch opened in Vancleave, Miss. in 1999.  The bank also expanded in Lucedale with the opening of the Marketplace Branch in 1989 and the Wal-Mart branch in 2002.

At the onset of the new millennium, the Bank of Lucedale officially changed its name to Century Bank in January 1999.  The name change coincided with the vision to promote continued growth as well as make the necessary changes to compete in today’s banking world.  Supported by its stockholders, directors, officers and employees, Century Bank stands ready to embrace the challenges and opportunities of the future.  In February 2012, the Board of Directors named Peter vanLingen President and Chief Executive Officer of Century Bank.

Banking into the Future

Today, the directors, officers and employees of Century Bank continue to uphold and maintain a legacy of being civic-minded to the communities we serve.  We invite you to become part of our bank and experience the friendly attitude of our employees as they serve your financial needs with sincere pride in Century Bank and its heritage.  After all, it is what we have done since 1903.

For information on Century Bank’s Board of Directors, please click here.

Call 601-947-7511 or visit one of our convenient locations for more information.

You are now leaving Century Bank

Century Bank provides links to web sites of other organizations in order to provide visitors with certain information. A link does not constitute an endorsement of content, viewpoint, policies, products or services of that web site. Once you link to another web site not maintained by Century Bank, you are subject to the terms and conditions of that web site, including but not limited to its privacy policy.

You will be redirected to